The Ollin meaning is associated to movement, change and progress. The world where we live in seems to be still for most people, but every human being is actually moving simultaneously with everyone else. Ollin is a symbol used in several ancient cultures, including the Mayan and Aztec ones. It is believed to represent movement, energy, or simply life itself. Ollin also stands for “movement” in Nahuatl (the language of the Aztecs). Therefore, it is no wonder that this symbol is often chosen by athletes and sports fans.

On the other hand, there is a deeper meaning to this symbol with regards to its use in ancient cultures. The Aztecs believed that after death everybody has to go through 5 stages of existence. These stages are depicted by the five points of an ollin symbol. The first stage, called “ollin”, was associated with birth.

The second one, called “yiahui”, meant movement or migration to the underworld. This area is depicted by the cross bar of the symbol.

The third point means judgement at the underworld’s court. People who were found guilty were sent to Mictlan, the fourth stage of existence.

On the other hand, people who managed to convince the gods they were innocent dwelled in Tlalocan, a place like paradise where rain and crops grow abundantly. Precisely because of these attributes it is often associated with fertility and abundance.

The last point depicted by an ollin symbol means dwelling in this phase of existence forever.

We are all separated by time and space, but we are also together; we move through life attached to one another.

The symbol of Ollin is the perfect representation for this -the spiral represents movement, and it also has four different directions, having in mind that there are four elements which rule our lives: earth, air, fire and water.

Ollin tattoos are made to remind people about their connection with others -they are symbols for solidarity.

Also, because of the additional symbolism of four sections to this tattoo, it might stand for a reminder that all humans have a responsibility to take care of the planet and each other- we are responsible for one another.

Ollin tattoos are very popular in different parts of the world not only because they represent important values, but also because the painting is beautiful and symmetrical. It has a lot of details, but it can still be made very simple if someone does not want to have a tattoo with many different elements in it.

Ollin tattoos are usually associated to people who care about their connection with others, or feel that they must take responsibility for one another. This tattoo might be a reminder that all humans are equal, and that nobody is born better or worse than someone else.

Ollin tattoos are very popular among the Native Americans, because of its connection with the symbolism of four elements, symbolizing balance. There are other Ollin meanings as well because it’s so popular among this community, it might stand for issues concerning the Native Americans. Also, because of its connection with four elements and balance, Ollin tattoos can also be considered a protective symbol.

The Ollin tattoo has many meanings depending on who is looking at it and where they are from. People choose to get them to remember their responsibility to take care of each other. This type of tattoo can be very meaningful for people who are activists or believe in solidarity.

Ollin tattoos are also popular among the bikers, because of the connection with four elements and balance it has. Ollin tattoos can remind us that we all must work together to protect our earth, and that every human being is connected with one another through time and space, despite everything else which might separate us. This type of tattoo carries an important message for all humans -everyone should follow their own path, but at the same time they should respect others’ paths as well. 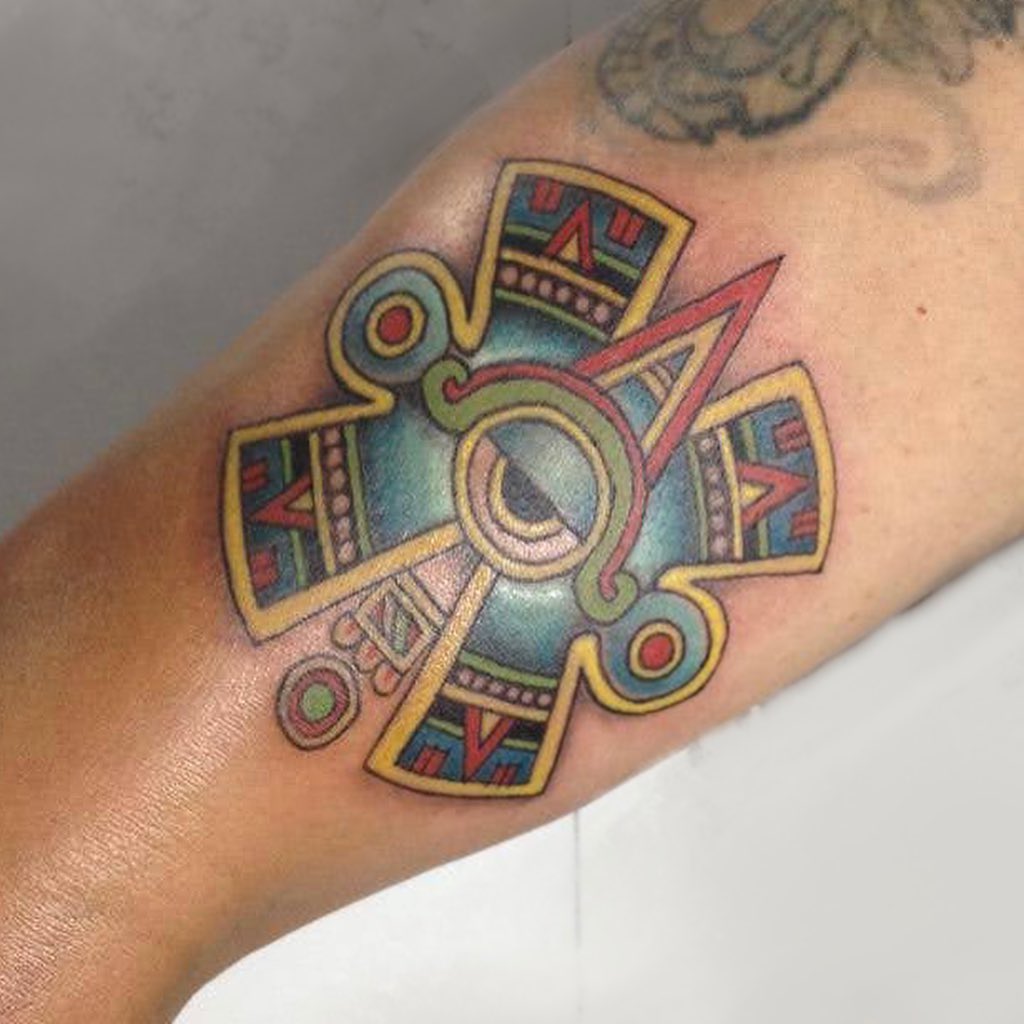 The symbolism behind an Ollin tattoo is very deep it’s definitely not for everyone; this type of tattoo is usually chosen by people who have a strong connection to others, or those who feel that they must take responsibility for one another.

Also, this tattoo might represent an important event in someone’s life -and it is also a very beautiful design. The spiral of Ollin tattoos have a lot of different meanings, depending on the culture where they are used.